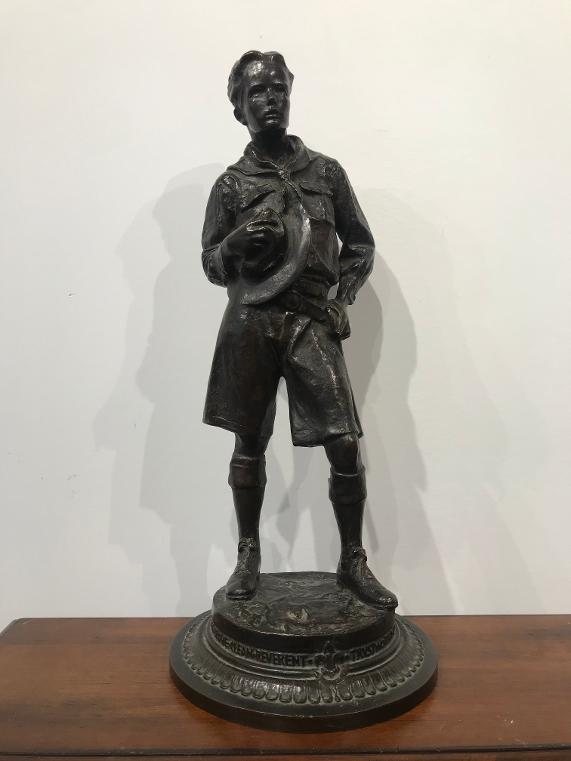 Tait McKenzie spent his life pursuing his three great passions of sport, the arts and medicine. Whilst studying at McGill University in Montreal, he won numerous prizes for his athletic and sporting abilities as well as becoming a lecturer on anatomy at the university. Mckenzie later lectured on Artistic Anatomy at the Montreal Art Association, Harvard University and for the Olympic Lecture Course at the St Louis Exhibition. In 1904, he took up the position of Professor of Physical Education and Physiotherapy at the University of Pennsylvania.

McKenzie was a member of the American Federation of Arts and in 1904 he was awarded a silver medal at the Saint Louis Exposition. In 1912 he was commissioned to create a work for the fifth modern Olympic Games held in Sweden. The piece, entitled Joy of Effort, was incorporated into the Olympic Stadium in Stockholm. Mckenzie received a royal honour from the King of Sweden for his services to athletic art. By 1915 he had been promoted to Major in the RAMC and following the war he developed pioneering new plastic surgery techniques which were used to help disfigured World War veterans.

McKenzie exhibited at the Paris Salon as well as the Royal Academy, and examples of his work can be seen in the Metropolitan Museum of New York, the National Gallery of Canada, the Ashmolean Museum, Oxford and the Fitzwilliam Museum in Cambridge. 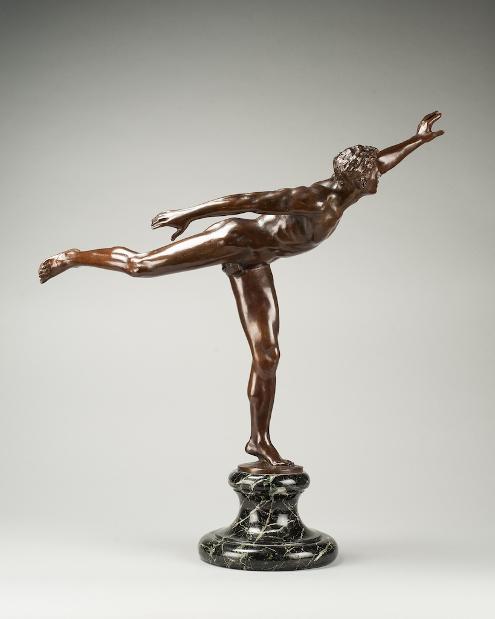 Flying Sphere depicts an athlete putting the shot. Mckenzie explained that ‘the long lone from the left hand to the right foot… carries the movement uninterrupted across the body in an upward curve of power and exhilaration.’ E. Norman Gardiner, author of Athletics of the Ancient World, argued that this work was Mckenzie’s finest representation of an athlete in action. ‘The composition is superb, the long delicate curve of the body and the short-reversed curve of the open hand beautifully suggesting the curved flight of the shot’. The work was so popular that the complete edition of bronzes was immediately sold when the model was first exhibited. 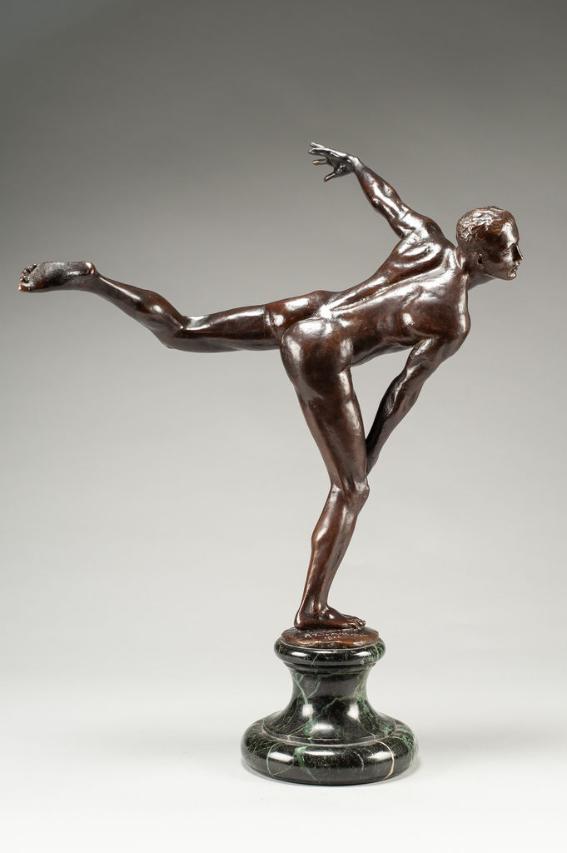 Conceived and cast circa 1923