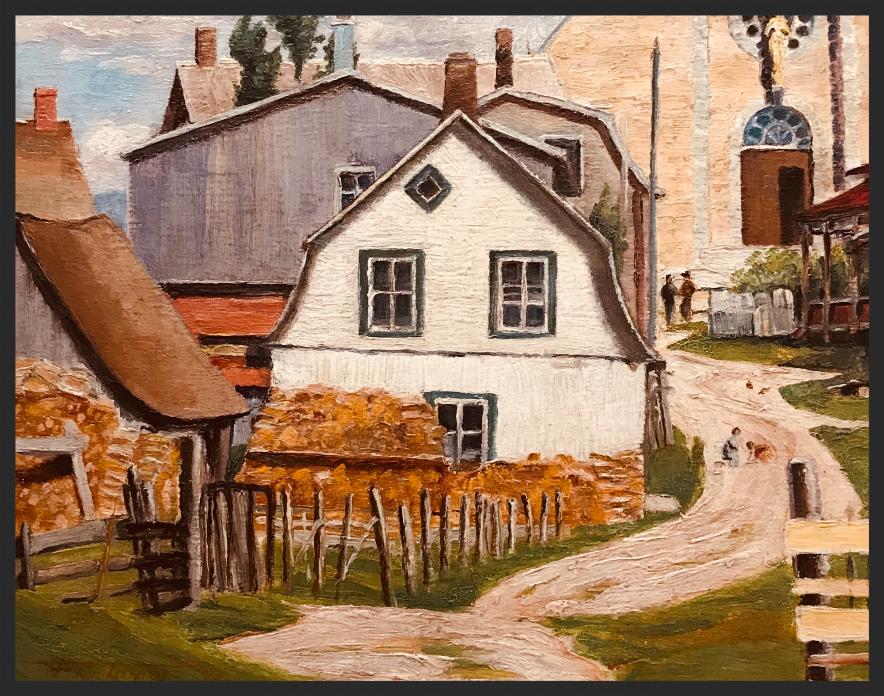 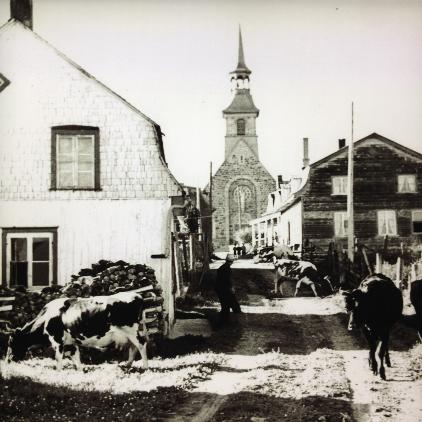 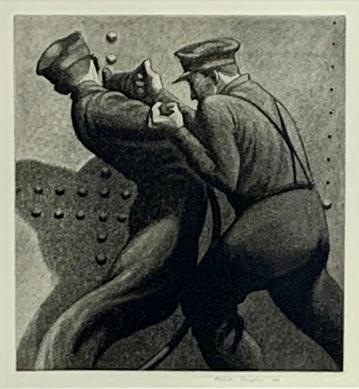 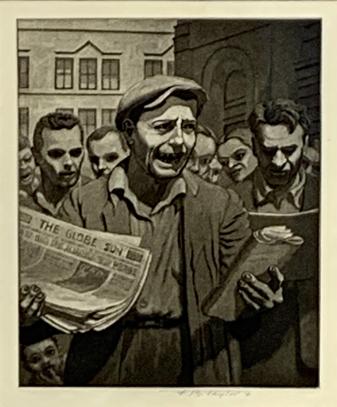 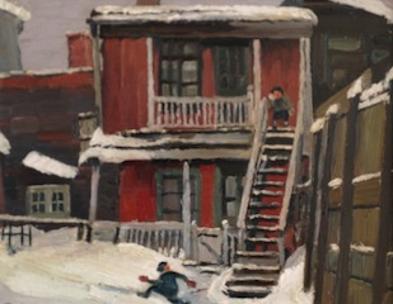 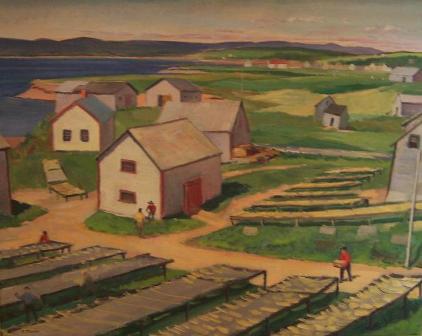 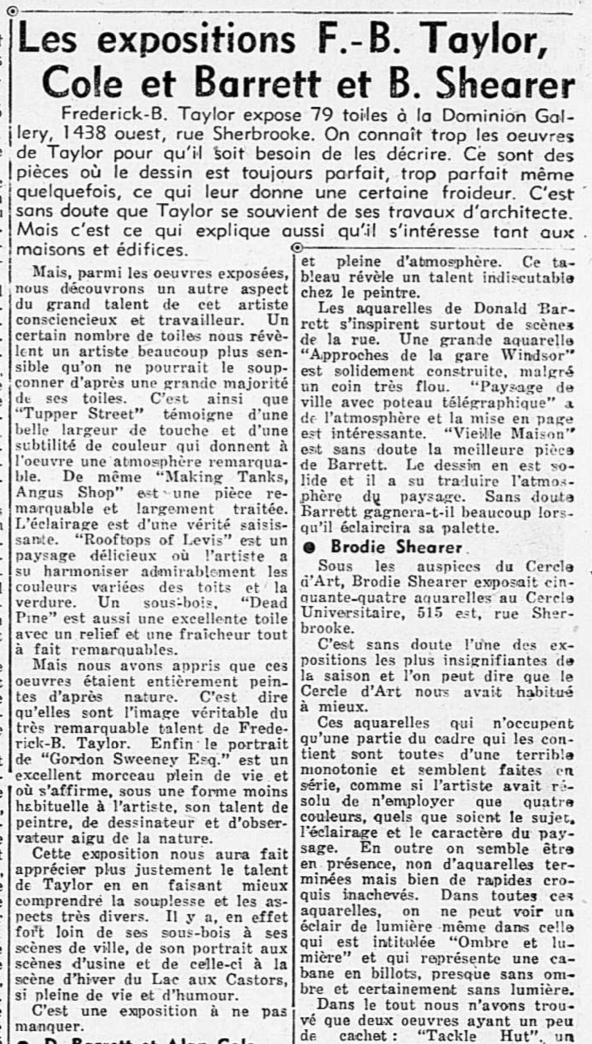 Frederick Bourchier Taylor was born in Ottawa in 1906, into a family of prosperous bankers. He began his studies in Montreal at McGill University’s School of Architecture and was soon working in that field for a few years. By 1932, Taylor had discovered printmaking and through it art–his true calling.

Between 1934 and 1937, he studied at the University of London’s Goldsmith’s College of Art, the London Central School of Arts & Crafts and the Byam Shaw School of Drawing, Painting & Design.

Taylor lobbied hard for an official war art program in the early years of World War II, and had hoped to become part of such a program. He was particularly interested in a program that would focus on war production. “I believe that I can serve the cause of freedom better by painting than by wielding a bayonet,” he wrote. “My painting informs the public and increases their appreciation and consequently their admiration of and respect for industry’s contribution.”

Taylor was deeply proud of the work Canada was undertaking on the home front. He noted that “Canada’s achievement in war industry is out of all proportion to our population and industrial status prior to the war.”

The artist gained admission to tank arsenals, shipyards, aircraft factories, mines, mills, smelters and munitions plants in Quebec. His architectural background is evident in the careful design and attention to composition and space in the paintings he created from these locations. The lines of his work are unexpectedly fluid and round, and his palette is always complimentary. The workers are sturdy, and Taylor has successfully imparted resolve in their faces and stance. Each painting is a tribute to Canadian industry’s determination to help during a time of great need.

Taylor never achieved his dream of becoming an official war artist. Nevertheless, for three years he devoted himself to painting the spirit of the work, workers and their environment during the war. In doing so he left us with an outstanding collection of art.

He continued to paint well after the war, and died in Mexico in April 1987.